Trending Now
Home / Life Style / Bollywood Ileana D'Cruz Was Asked Why She Chose A 'Foreign Man' As Her Life Partner. She Said...

Ileana D'Cruz Was Asked Why She Chose A 'Foreign Man' As Her Life Partner. She Said...

Actress Ileana D'Cruz on Wednesday interacted with her Instafam through the "Ask Me Something" feature where one fan asked her who her life partner is? No points for guessing - she simply tagged Andrew Kneebone, whom she has been dating for many years. Soon after Ileana shared the answer, another Instagram user asked her why she selected a "foreign man" as her life partner and she replied: "I fell in love with a person's heart. His skin colour or nationality doesn't matter to me." Ileana, just wow. During the Q&A session, Illeana was also told that she and Andrew look great together.

Last year, in her Christmas post, Ileana addressed Andrew Kneebone as 'hubby' in an Instagram post but when asked in person she refused to give away her relationship status. When she was promoting Raid, Ileana was asked if she was married to the Australia photographer. Her reply was: "I have kept my personal life fairly private. I don't like to talk about it too much. But it's pretty much there for the world to see." 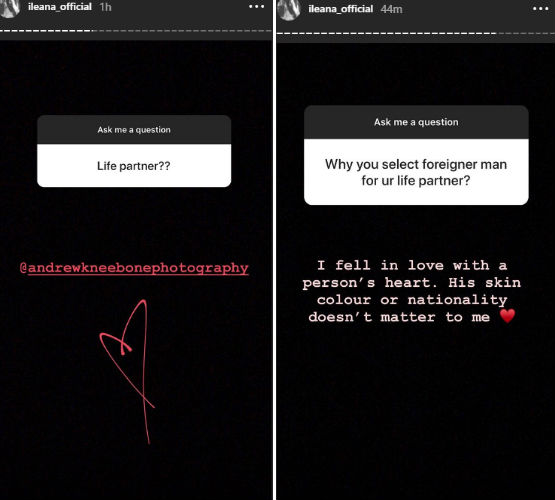 Ileana D'Cruz and Andrew Kneebone have been together for several years and he also attended the premiere of Ileana's film Happy Ending in India in 2015. Ileana is Andrew's muse and she regularly features in his shoots - most of them in Fiji. They've never shied away from romancing through pictures on social media, like her Instagram post for Andrew on his birthday, in which she wrote: "Seriously I don't know how you get sexier with every year I've known you!" But Ileana is resolute that she will not share details of her private life more than what can be accessed through social media.